Kolkata, also known as the “City of Joy“, is the largest and capital city of Indian state of West Bengal. It is home to some of the best residential areas to call your home.

Kolkata is also called the “Cultural Capital of India” as it is one of the most important cultural centers in the country.

Also known as the City of Palaces, Kolkata was formerly known as Calcutta which is an Anglicized name of Kalikata. Kalikata is derived from the Bengali word Kalishetra, which means the Land of Goddess Kali. And this is the reason most of the Bengalis are devotees of the Goddess Kali.

The diversity of the cultures and traditions allures people to stay here forever. So, here is the list of the top 12 best areas in Kolkata to live:

Top Residential Areas in Kolkata, the City of Joy

Bidhannagar or Salt Lake is one of posh areas in Kolkata with large green spaces.  It is built on a recouped Saltwater lake. It has so many attractive places to visit like:

The developing commercial and IT sectors have resulted in an increased number of professionals working in the city. Because of the superfluity of IT hubs around the city, there is an abundance of best residential houses accessible for the professionals working nearby. The connectivity is good enough that you can find schools, hospitals, malls at stone throw distance.

2. Tollygunge – Famed as the Centre of the Bengali Film Industry (Tollywood)

Tollygunge is the center of the Bengali film Industry known as Tollywood. Located in the South Kolkata area, it is the second–best area to stay inthe city. There are several renowned institutions like Calcutta Institute of Engineering and Management, Institute of Mass Communication Film and Television Studies, Industrial Training Institute, NSHM Institute of Media & Design – Media College, Fashion Designing Institute, etc. One can easily connect from Tollygunge to the rest of the area through metro, buses, local trains, which is a great thing for the residents.

Apart from the film studio, Tollygunge is also famous for:

3. Ballygunge – One of Posh Areas in Kolkata

Ballygunge is also one of the posh areas in Kolkata. The commercial infrastructure of Ballygunge and connectivity with the other part of the South Kolkata makes it the most preferred place to live. The famous Birla Mandir Temple built by the industrialist Birla family is situated on Asutosh Chowdhury Avenue, Ballygunge. The city consists of many reputed hospitals like:

4. Jadavpur – A Southern Neighbourhood of Kolkata

Cafe Mezzuna, Abar Baitthak ‘The Coffee Shop’, Chill’s South City Mall are a few good places to hang out with Families and Friends. Jadavpur 8B area and Sukanta Setu are very popular to shop almost everything. So there is no doubt that Jadavpur is one of the best places in Kolkata to live.

5. Dum Dum – A City and Part of Kolkata Metropolitan Area

Below are some industrial units located in Dum Dum:

There are several educational institutions such as Sarojini Naidu College of Women, Auxilium Covent School, etc. And it has easily accessible nearby hospitals like Dum Dum Municipal Specialised Hospital and Dum Dum Central Jail Hospital. It is well-connected with the other parts of the area through metros, buses, taxies, and railways.

One of the oldest residential areas in Kolkata, Behala is famous for 10 days Barisha Chandi Mela held every year. It is home to many celebrities like:

Behala Flying Training Institute (BFTI) or Behala Flying Club (BFC) is the second commercial airport of Kolkata after DumDum Airport. Behala consists of many small localities like Brhala Bazaar, Behala Chowrasta, Silpara, Kadamtala, etc. It has a huge number of population because of the ongoing growth of the area.

Many interesting places are there to visit such as Douglas Grounds, State Archaeological Museum, Sabarna Roy Chowdhury Family houses at Barisha and St. Peter’s Church. For the educational point of view, there are many colleges in Behala affiliated by the University of Calcutta. The IIM Calcutta is also very close to Behala.

7. Alipore – One Posh Areas in Kolkata 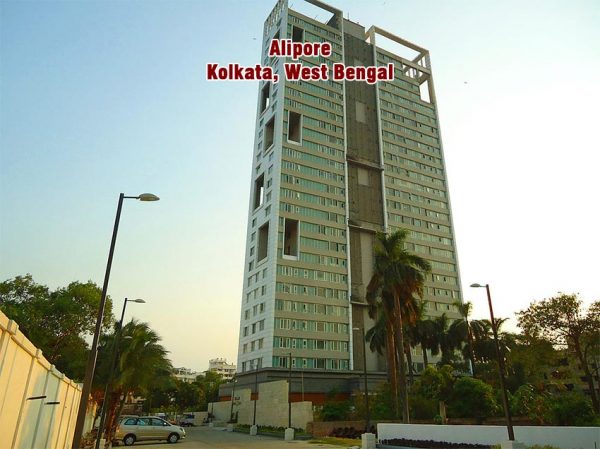 Along with Ballygune, Alipore comes under the poshest residential areas across the country. For several decades it is the home to the top industrialists like Bangur, Singhanias, Birlas, Mittals, and Goenkas. Numbers of industries spread over here:

Basically, Kolkata is famous for its theatre. If you are a theater lover, there are multiple options for you to enjoy. Ahindra Mancho, Kali Bazar Toilet, Open Air Theatre (UTTRINO) are few famous theatres in Alipore.

The area is fully developed and provides people every facility for today’s lifestyle. Alipore is mainly connected with the rest of the city through railways. It has two railway stations:

9. Park Street – A Neighbourhood in Kolkata 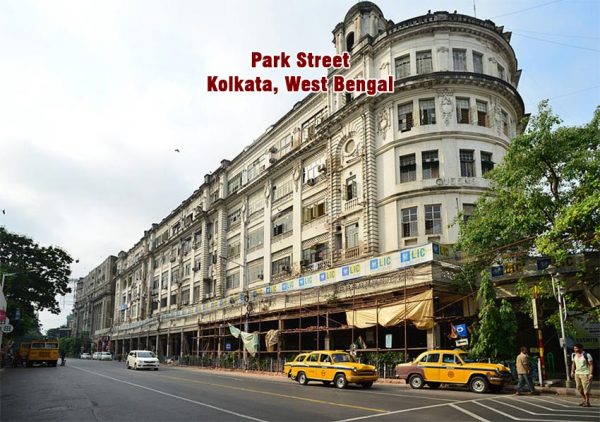 Park Street is full of shops, malls, cafes, and pubs where people love to visit. Some of the famous pubs and cafes situated in Park Street are:

Park Street is one of the favorite destinations for Party Beasts who loves to enjoy the whole night. St. Xavier’s College, Asiatic Society, and South Park StreetCementry are also located in and around Park Street.

It is a housing complex developed by the housing board of the government of West Bengal. Golf Green is famous for its natural beauty, full of green parks. It has numbers of parks to enjoy:

Doctors, Engineers, and multiple celebrities are willing to settle down here because of its beauty, location, and atmosphere. It is easily accessible by railways and buses. From the educational point of view, there are few schools like BDMI, Jingle Bells, Hirendra Leela Patranavis School, Khastagir Primary School, etc. For shopping lovers, South City and Acropolis Mall are not far from this.

Also Read:  Cost of Living in Bangalore in 2021 for Families, Couples, and Bachelors

Situated on the banks of River Ganga, it is the best place to live Kolkata. Narendtrapur Railway Station connects the city to the rest of India through Sealdha-Namkhana Line. Narendrapur is well known for its schools and colleges founded by Ramakrishna Mission. Some of them are:

Because of the abundance of temples and mosques, religious people often visit here. Some of the famous among them are Sri Chaitanya GaudiyaPurna Peetha, BB Prayer Hall, and Narendrapur Ukhila Masjid. It is one of the must-visit destinations in Kolkata.

12. Sealdah – A Neighbourhood of central Kolkata

It also comes under the top residential areas in Kolkata. Sealdah has one of the major and busiest railway station (Sealdah Railway Station) serving Kolkata. Sealdah is situated near the college street which is beneficial for the students living here. Joseph Day School, St Laetitias School, Loreto Day School Sealdah, Carey High School, etc are some of the schools in Sealdah.

There are parks and malls where you can hang out with friends and families:

Overall, Kolkata is surely a wonderful place to live in as compared to the other cities of India. It is blessed with a variety of cultures. It can easily sustain higher to the lower-income people very well. Peoples here are so helpful. If you are planning to live in Kolkata you should do own research over the areas you selected. It would be easy to adapt accordingly. Also, keep in mind the above-mentioned places.

If you are planning to relocate to Kolkata then you can hire the desired shifting services through Movingsolutions.in, which is India’s best relocation portal. If you are looking for a reliable company of Packers and Movers in Kolkata then also you can hire with this portal. 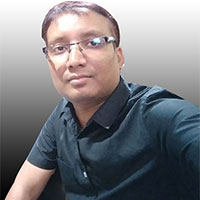